Cultural evolution is the change of culture over time.

If we define culture as "information capable of affecting individuals' behavior that they acquire from other members of their species through teaching, imitation and other forms of social transmission,” cultural evolution is fundamentally just the change of culture over time.

The core idea of cultural evolution is that cultural change constitutes an evolutionary process that shares fundamental similarities with – but also differs in key ways from – genetic evolution. As such, human behavior is shaped by both genetic and cultural evolution. The same can be said for many other animal species; like the tool use of chimpanzees or Caledonian crows or the complex social organization of hives for ants, bees, termites, and wasps.

The members of this society study culture change using the concepts and methods pioneered by Darwin in the nineteenth century and subsequent evolutionary theorists. In this conception, culture constitutes a system of inherited variation that changes over time in response to various directional and non-directional processes. Societies can be thought of as a population of individuals that we can characterize in terms of the frequency of the cultural variants individuals express in the population at any point in time or as patterns of cultural variation among individuals within groups.

As time progresses, many factors impinge upon the population to change the frequency of the cultural variants expressed in the population, including selection-like transmission biases, natural selection, migration, drift, transformation and invention. For example, someone in the population may either invent or acquire from another society a new and better skill, such as a new way to make string and rope that is faster than the currently common technique and results in stronger cordage. This new skill will tend to increase in the population, perhaps because (a) users can sell more cordage than competitors and use the resulting proceeds to rear larger families who then perpetuate the new technique; and also because (b) unrelated individuals become aware of the new skill and its success and imitate those who have this skill.

To study cultural evolution formally from this perspective means we must set up an analytical accounting system to keep track of the increase or decrease in the frequency of cultural variants in order to establish the causes of frequency change.  There are a variety of ways this is done by researchers across the biological and social sciences, as well as the humanities.

The concrete reasons for cultural changes in a particular population are almost endlessly complex and diverse. To achieve some generalizable knowledge, we typically impose a taxonomy that collects the diverse concrete reasons into classes with similar dynamic properties. The impact of skill on the size of family one can raise may be attributed to “natural selection.” The processes of selectively imitating people who display a successful variant might be attributed to “biased transmission” or “cultural selection.” Biases, in turn, come in many varieties. A new form of speech, for example, might be acquired from someone we consider prestigious or charismatic. Other processes may have no inherent direction, such as cultural drift (by analogy to genetic drift).

Even good evolutionists sometimes speak in terms of evolutionary “forces,” such as natural selection and biased transmission, as if they were similar to gravity. As an analogy, this usage is harmless enough, but it certainly should not be taken literally. The force of gravity is a deep, universal physical law. Evolutionary forces are the outcome of diverse processes which interact to influence survival and reproduction. They have enough in common to permit a relatively small set of mathematical models, with roughly similar structure, to fit the data. Under closer examination, however, evolutionary forces have none of the universality and tidiness of the inverse square law and universal gravitational constant, and are to this day the focus of ongoing study. The forces of cultural evolution are no exception..

The “forces” usage often troubles humanists and scientific historians, who usually stick close to the details of particular cases of cultural variation and cultural change. Past attempts to formulate laws of history have had a checkered record, to say the least. Accordingly cultural evolutionists are well aware of the differences between concrete instances of genetic or cultural evolution and the abstraction involved in synthetic analyses based on the estimation of evolutionary forces. Even if reasonably robust findings emerge from our collective efforts, they are unlikely to fit any particular case perfectly.

As well as the study of changes in cultural variation within populations (cultural ‘microevolution’), we can also study cultural evolution over long time periods and at or above the level of the society (cultural ‘macroevolution’). There are many methods for doing the latter. Some cultural domains, such as languages, can form tree-like ‘phylogenies’ similar to the ancestral lineage of a species. This is Darwin’s notion of ‘descent with modification’. The comparative method can, given some quite stringent assumptions, be used to compare cultural variation across societies taking into account shared history. Population-dynamic models from ecology can be adapted to study the dynamics of human societies, and optimality modeling can be used to identify behavioural optima as these shift over time and differ among individuals. Ideally, micro-level and macro-level work will be pursued within the same framework as in the biological sciences, rather than as separate endeavors as they so often are in the social sciences and humanities.

Our membership is comprised of researchers and practitioners from a wide variety of fields. We study cultural evolution using tools that look inward at cognitive and social learning processes (as occurs in the cognitive and behavioral sciences), as well as those that look outward at emergent social processes (as might be done in sociology, history, economics, or the humanities). We strive to be inclusive of this diversity for methodologies, tools, and data sets while recognizing the importance of a Darwinian approach to the change processes involved in each circumstance.

To learn more about cultural evolution, you can explore the resources we provide here on our website. You are also encouraged to become a member of this society if you have not already done so. 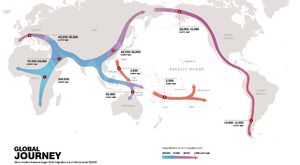 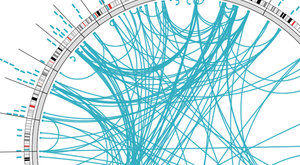 A scientific professional society that advances the theory and practice of cultural evolutionary studies. Our goal is to build capacity for researc 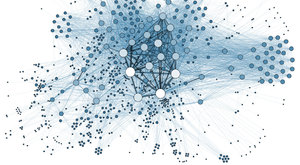 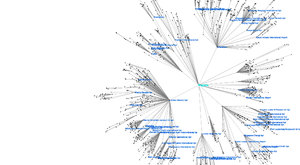